Being the resident SHE web dood I’ve been updating the SHE website with the design of the flyer e.t.c and I cut up a video and uploaded it to the site also from Graham’s camcorder. It made me realise what great parties we have sometime’s 🙂 Graham and I rush around (more Graham I admit) and get all stressed before the event (again more by Graham than me I admit) then by the time it kicks off all is forgotton and the drinks, thanks and happy faces keep rolling along =)
Have a look at the streaming video here: http://www.shesydney.com/video/Rooftop_Party_Soul%20Central_Jan%2006.wmv what a party!

So the Exige in ‘Chrome Orange’ or 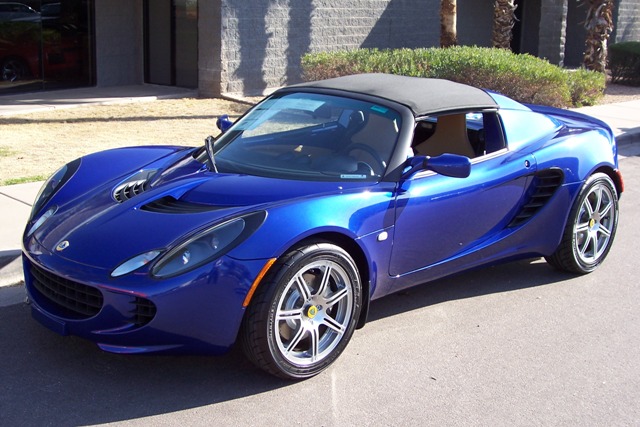 Here are all the photos from our weeks holiday to NZ’s south island. I have never been to NZ before and Sanna had only been to the North island when she was a much younger with her mum so we were really excited. A week to the snow, in a really peaceful location, the perfect way to unwind from work for a week 🙂
The drive down from Christown to Wanaka in the South island. It was a 6 hour drive in our little Red Ford Focus which was not a bad little car at all to drive.

One of the beautiful lakes one the drive down

This is the ski resort called Cadrona and the locals call it flat white, you can see why.

After a hard days boarding I found that Chilli beer warmed me back up again.

Sanna tried it and she called me a bastard haha, I didnt make her try it 😉

This little baby is the HOTTEST chilli sauce i’ve had in my LIFE! Im a big fan of chilli sauces but this stuff is just pain in a bottle! When I got back to Sydney I ordered a bottle ASAP from www.deathsauce.com.au. They even say you have to sign a disclaimer because of the damage with misuse it could do before they will compete the order hahaha, oh it hurts!

Sanna back on the slopes

The lake in Wanaka. Wanaka sits on the edge of a huge and very cold lake. The middle of the lake is hundreds of meters deep, some of the deepest lakes in the world are in the area.

On the 3rd day it was raining on and off so we deceided to visit Queenstown which is the only city in the South of the South island of NZ. This was a pretty little stream that runs under most of the city. They say city but it really was tiny and hardly many people around either.

The main Mall! and its heaving with people!!

The same stream again in the center of the city, the whole climate, tree’s e.t.c remind me so much of north Wales.

Sanna being friendly to the locals

Ah the happy couple in Queenstown. As you can see its the smallest city i’ve ever seen. All the buildings are nestled aroudn whatever flattish land they can build on. At the top of the peak on the left is where the famous sport Bungy was invented. Mr A J Hackett threw himself off the peak with some rubber attached to his legs years ago and invented the sport. Now in Queenstown there are about 3 bungy sites to choose from and tourists doing it all the time.

I think this is quite a good photo of Sanna, I took it with her not knowing it was coming I just shoved the camera in her face, bang hehe

Me taking a leak in the park, takes strong muscles to do that 🙂

You can see from looking down on some of the hills where some of the landscapes from the Lord of the Rings was filmed in this area. It looks like Bilbo Baggin’s could jump out from one of the hills in the distance.

Day 4 and we went over to Treble Cone ski resort which is aimed more to intermediates and advanced with only 2 Green (beginner) runs on the mountain. This sign marks the beginning of the very long and windy gravel track up to the ski resort at the top of the mountain. Very different from skiing in europe where the village is just below the pistes.

After a few runs to explore the mountain we caught a chair lift to the highest we could get to, then walked the last couple of hundred meters vertical which took 20 minutes up to the summit at 2100 meters. We carried all our equipment up with us so we skied/boarded from the summit down the side of the mountain back to the pistes below.

Amazing views from the summit looking down on other mountains.

A big lump of chocolate in the valley. Later in the week we walk all over this and find in the middle of it a lake called Diamond lake

Day 5 and we went back to Cadronna ski resort for the ‘Cadronna Coke Cola games’ bascally lots of ski and snowboard races and competitions over 3 days with lots of CRAZY people jumping motorbikes and skimobiles in the snow, the skimobiles jumping were pretty impressive.

Sanna wants this dog to be a Proplan fed doggie but it definatly says Hills science diet on his tummy badge.

These are actally parrots! they are the only alpine parrots in the world and live in the snowy mountains in the south island. TYhere called kee-har’s I seem to remember as thats meant to be what they sound like

and they pull absolutly everything to bits! foam padding, windscreen wipers, anything manmade they can get there beaks into. They do a lot of damage to peoples cars sometimes.

This was the beginning of our walk up and around Diamond lake on our last day, the landscape was beautiful it was a nice change after 5 days of solid sking and boarding although there were some really steep climbs involved.

This is Diamond lake and it was so dark a mystical looking, it was also freezing!

Absolutely stunning scenery from the top of this walk!

Just before we went to get on the plane to head back to Australia we went on the famous Shotover Jet boat, flying down the Shotover river in just 10 cm of water depth, it was so fast! Have a look at the website here at http://www.shotoverjet.com/ for some photos and video of it! So this is Sanna looking kinda alright in her ‘spray suit’

and me looking like a dork in mine. We really needed them though as you get soaked. Jee’s it’s scary when you go down the canyons only cm’s away from the rocks! I was kinda shouting and Sanna was just laughing, a perfect way to end the holiday 🙂

a 4 hour flight later and were back in good old Sydney, ah home sweet home.