I think I mentioned on my blog a few months ago I worked on a horror/thriller short film with director Jay Ng called ‘Empty’. This is the 2nd short film I’ve worked with him on with the 1st being ‘The Poker Table’. This time around I was the main camera operator with about 95% of the footage in the film shot by me.

Here is the short bio of the films description:

“Anna Berger has returned to work after a long hiatus. The office, however, has become a sinister place with images of death haunting her vision and the presence of a mysterious stalker. Is Anna losing her mind or is there a darker force at work?”

Unfortunately it didn’t make the cut to get into the final 16 of the Tropfest film festival out of the 100’s of entries, but we are all proud of the work we did to make it. I myself am pretty proud how it came out considering it was the 2nd film ever Jay and me had worked on together and the first time I was really director of photography. Jay did a great job of the editing as well I thought. 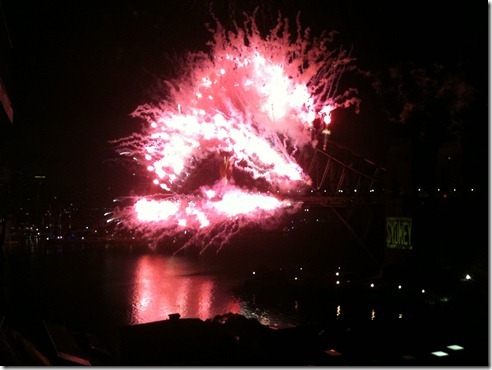 Last NYE we were so lucky to be on a boat with James and Shaun under the Sydney harbour bridge for the fireworks and this year we had nearly as incredible a view of the most famous NYE celebration in the world, just 200 metres to the side of the bridge. We were invited to a NYE party at Troy’s new unit in Kirribilli on the 5th floor of a building right next to the bridge. 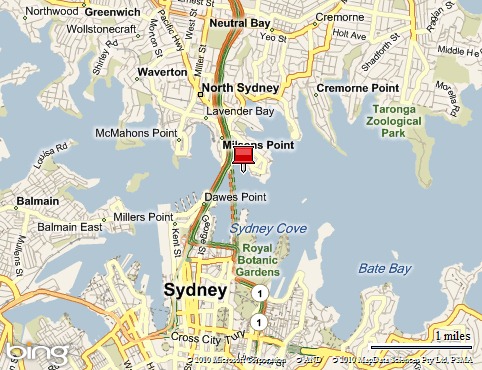 Troy’s place right next to the Sydney harbour bridge

We had about 15-20 people come , a mix of Troy, Alison his girlfriends and my friends I invited. We had Sushi platters to eat and lots and lots of different types of alcohol of course. When we arrived Troy tried to make Mojito cocktails in his food blender and he didn’t have a muddling stick, they turned out ‘interesting’ 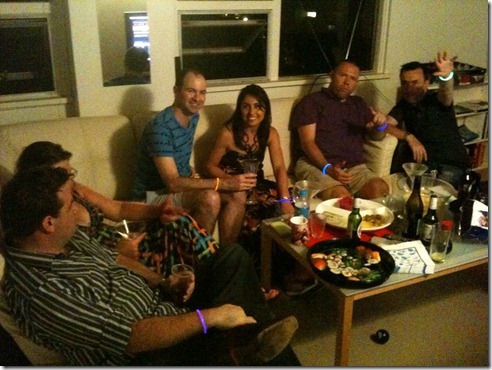 Getting to know some new people over some drinks

Troy installed some free DJ software called MIXXX on his laptop plugged into the TV (my old 40” Samsung TV I sold him years ago, still going strong) and it was so complicated to use, only Troy and me knew how to change songs. I couldn’t DJ on it though as its near impossible to mix without some headphones for cueing, if your a DJ you’ll know what I mean. It didn’t stop me pumping out some old classics like ‘Blackbox – Ride on time’ from the 90’s though! 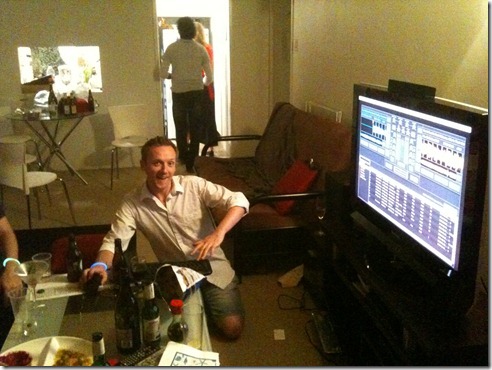 Shaun trying to work out the DJ software to change songs

The midnight fireworks were awesome as usual, the best NYE celebrations in the world (so they say) and they are never a let down, they lasted for about 15 minutes. 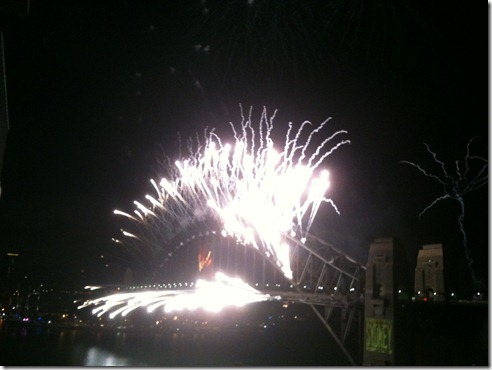 The Sydney bridge was on fire! 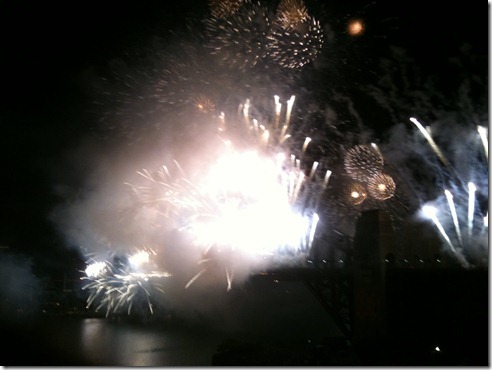 The final seconds of the fireworks when all hell let loose

We left the party at 2am and walked back to the train station where there were a group of Indians around 40-50 having a bit of a Indian NYE rave it seemed with live drums and a DJ, it sounded really good. I stood there watching and took a video as it was a really good vibe in this outdoor party, like a little bit of India away from home it felt. All of a sudden a hot sweaty Indian man grabbed me by the arm and dragged me into the party and ushered me to dance, so I did, in the style of the other with their hands above their heads pushing up the sky.

Ah waking up to a new year, to 2011, new opportunities new challenges in life. A bit hung over we went to the nice cafe over the road for some cooked breakfast and then we headed to one
of the smaller Sydney eastern suburbs local beaches. No tourists on this beach, just all aussie’s chilling out in the hot 30 degrees new years day sun. I laid in the shade all afternoon reading my car magazine, it was too hot for me with a hangover. 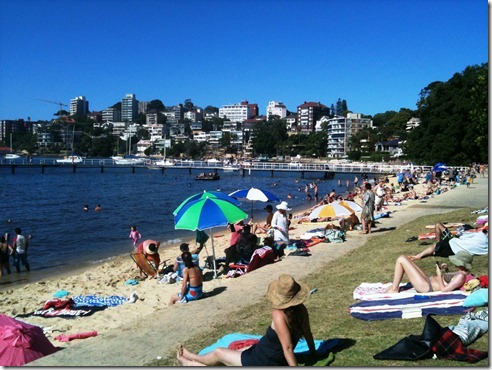 Turn up the sound for the below video and imagine your at a beach in Sydney on a nice warm summers day. 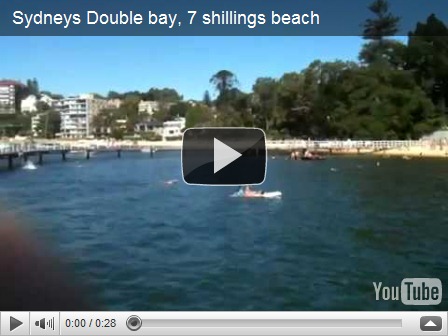