Sanna and I took  a weekend trip to the Australian Alps to climb Mt Kosciusko which is Australia’s highest mainland mountain at 2228 metres (7310 ft) above sea level. We drove to the area which is a 5 hour drive from Sydney, 3 hours to Canberra, 2 hours further to the Alpine region.

We stayed at the Red Bank lodge which is a members lodge but guests can stay there too and is very cheap to stay right on the mountain. I’ve been there 3 times now and I’d really recommend it if your looking to stay in Thredbo. 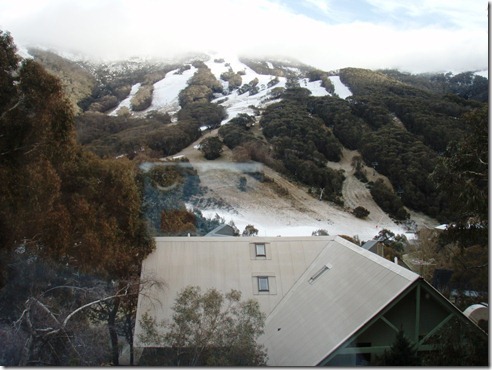 On Saturday we set out to climb the mountain, you take a chairlift to the top of the ski runs and then walk the 6.4km to the summit. Conditions from looking at the weather station report were bad but we had 3 types of GPS with us, 2 iPhones with Motionx GPS running on it and an old friends borrowed GPS unit and a topographical map and compass for real backup. We packed lots of food and we were very well clothed for the extremes of the mountain top so we decided to at least set out and see how it was. 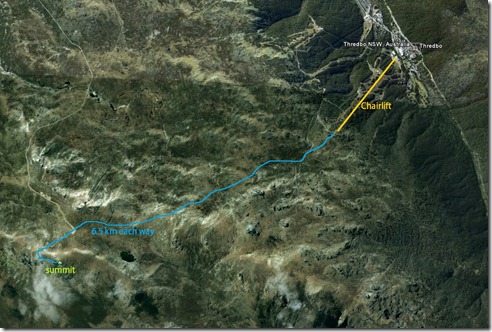 Map of the walk, the Orange chairlift from the base then the Blue walk to the summit

The first stage of the walk was pretty windy with gusts up to 100kph coming from the West carrying with it ice particles. After a while the gusts died down for a part of the walk where we took this photo. 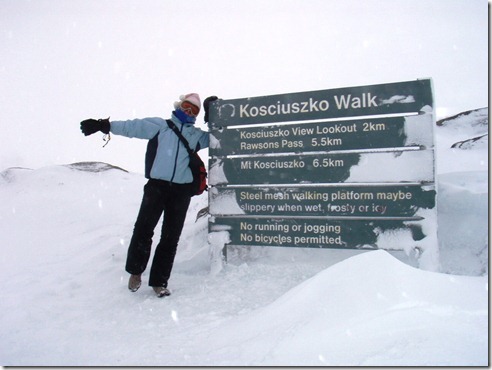 Then for the remainder it started getting much heavier and visibility started getting worse all the way towards the top. There was a metal path showing in parts but most of the snow and ice had covered it. When we lost our way the GPS put us back on course and it was showing a accuracy of 30m even through the snow and ice above us which gave me confidence. 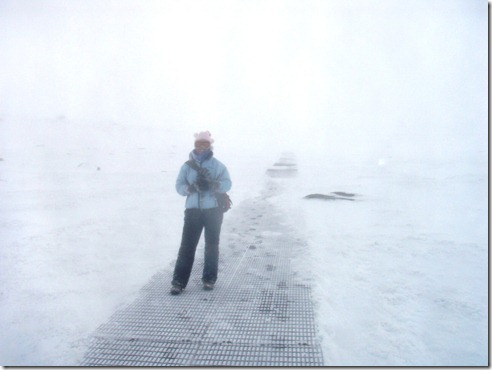 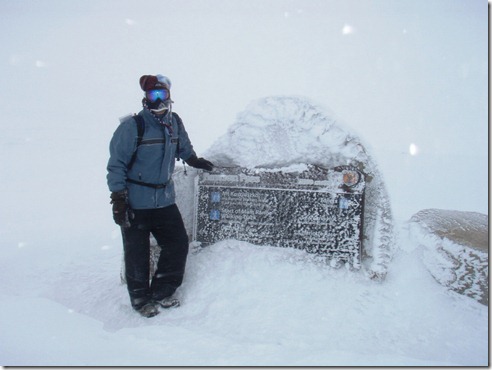 3/4 of the way up Mt Kosciusko, big ice build-up from here onwards

When we were just 300 metres from the summit and we walked up the last steep bit to the very top, the wind coming over the peak was just so fast, 100km+ gusts again and visibility was down to around 5 metres only. We just wanted to get a photo to prove we made the top in the middle of winter and get back down again because in truth it was bit scary.

Reaching the summit of Mt Kosciusko, we lasted just enough time for a photo 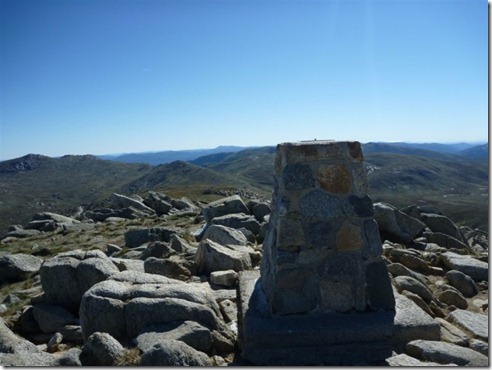 For comparison, this is what the summit looks like on a normal summers day

Of course the walk down was a lot easier and faster than the walk up, and by the hallway down point the sun started to break through and we felt comfortable again. It was good to get back to the top of the main chairlift where we had 2 Gluvine’s and a goulash soup to warm us up.

The next day we took it easy and walked around the Thredbo ski resort village and did  a short walk around the valley where we tried to see how far we could skate small rocks and branches across a frozen lake and crossed a freezing cold stream without just about falling in. 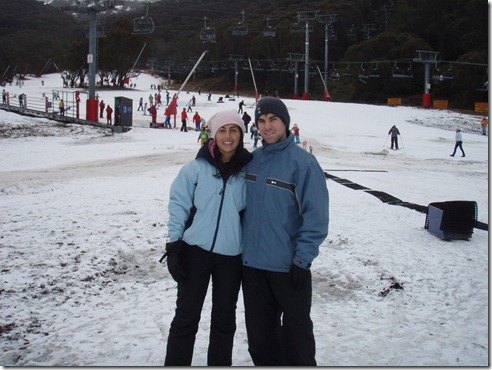 Safe and sound back down at the base

Sanna on the rocks crossing a cold stream

On the drive home to Sydney we went and looked at a old historic hut called Bullocks hut built in 1934 as a fishing lodge. It is situated next to the Thredbo River near the Skitube train.

Walking on the way to Bullocks with a O hut

Driving back to Sydney took 5 hours again, the Audi RS4 averaged 9.8 litres per 100km over the 496km back. Cruising at between 110-120kph all the way back that impressed me to get under 10 litres per 100km for a high-performance large car.

A lovely weekend away to the snow, thanks for reading. 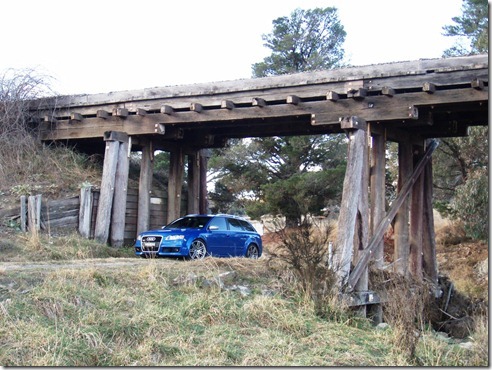 Driving on the way back to Sydney

This week my mum popped over to visit us at dinner time, how lovely for her to pop by and join us 🙂 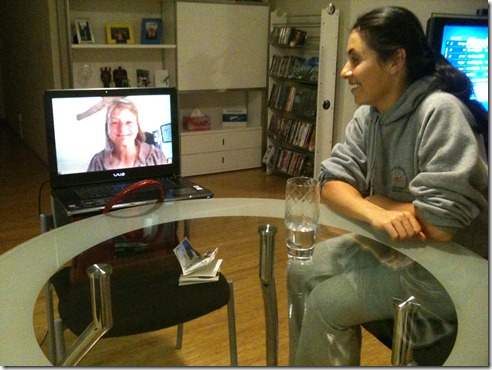 How good is Skype!

I had to share this funny photo from my weekend. It was my good friend Easton’s birthday this weekend gone and we all gave him some good presents.

One of which was for a bit of a joke, and for his love of all things made of carbon fibre, a full Carbon fibre toilet seat!