Sanna and I on Sunday hired 2 single sea kayaks each and paddled out to Shark Island in the middle of Sydney harbour from Rose Bay.

It took us 15 mins to paddle there. It was a bit choppy when some of the bigger boats and speed boats went past, you just have point into the bow wave and ride over them. I was more thinking of sharks and seeing the jellyfish in the water, Sanna called me a sissy. 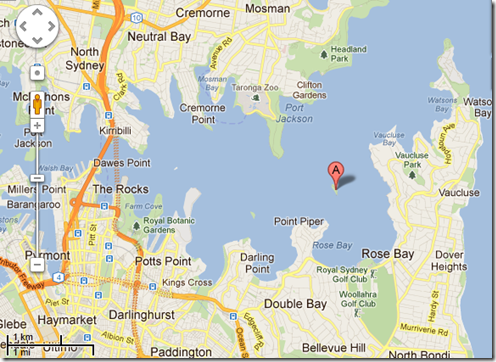 On the island there is a small shelter with some tales in it, there is a public toilet and some small picnic tables scattered around that’s it. The view back to the city and the harbour was very nice.

The public toilet was opened sided and had arguably the world’s best most beautiful view from a public toilet, check it out:

Something for my overseas blog readers. Kanga barbie skewers, not something you’ll find in your typical supermarket meat section. These ones are Herb & Garlic road kill flavour, yum.