So its my 30th birthday in just 2 weeks time, shock horror im actually getting old and will have to start being sensible I guess like getting a mortgage and stop spending so much money on fun things like sports cars I suppose.

But onto a bit of celebrating. I didn’t want to do anything big for my 30th like a large party with 30 odd people there all trying to mix with everyone when really a lot of people don’t know each other like always happens. So I decided on a small afternoons fishing trip with only my closest of friends on a fishing boat in Sydney harbour, just the guys 🙂

Finally I got something arranged, I told the guys it would involve some beers, the Sydney harbour and hopefully some fish. My actual 30th birthday is on the 17th of November but as Troyski is off travelling the world for a couple of years, I really wanted to do something before one of my best mates leaves the country.

Who came along? Chris, Damien, Kim, Troy, Vishnu, and of course me, no other halfâ€™s, guys only 🙂

I hired a shipshape boat, a scurvy dog captain called â€˜Roccoâ€™, some eskyâ€™s full of beer and food and some fishing gear and bait. We left Darling harbour just after lunchtime with some glorious sunshine and we headed out to the harbours heads and got lucky with some fish.

Below Troy, Damien and Me crack open some beers just after we jump on the boat and we were under way. 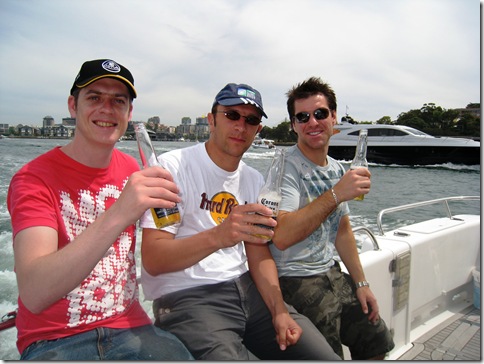 We dropped anchor, bait our lines and start to show captain ‘Rocco’ our lack of fishing knowledge and skills. 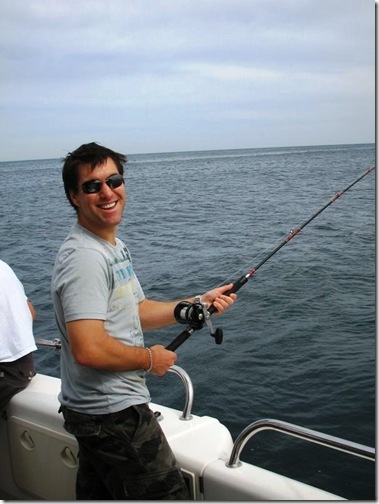 Chris was one of the first to catch one, a Rock Cod. Apparently if you boil them up and let them cool, the flesh tastes like Lobster. 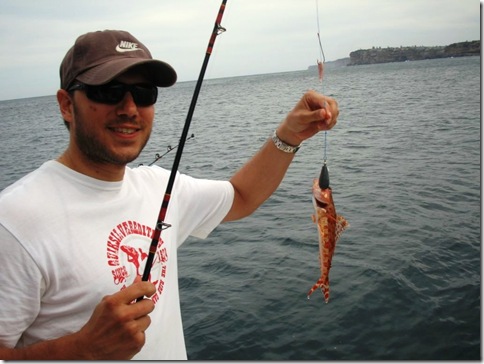 Troyski caught this little baby Rock Cod then gave it a kiss and threw it back in, it died. He gave it the Troyski Ninja kiss of death! 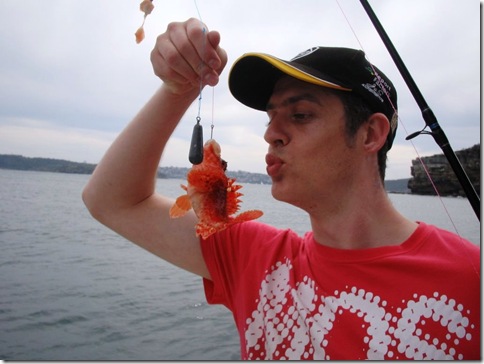 I caught a beautiful Port Jackson shark on the small rod and line I was using (so did a couple of the others catching the same shark). It was right at the bottom, some 75 ft down so took a lot of reeling in as it was a large heavy fish for such a small rod I was using. 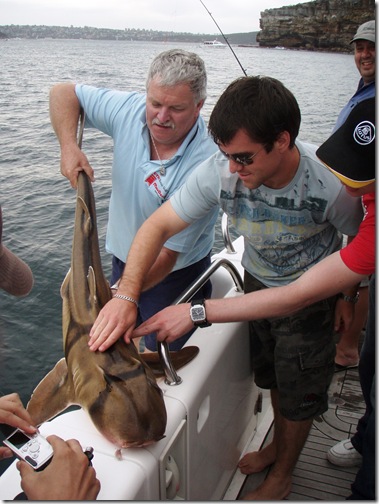 Here’s a video of me catching the shark filmed by Vishnu, thanks Vish! 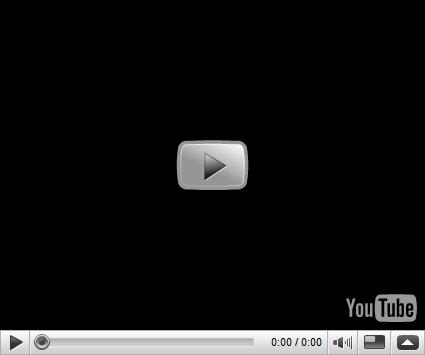 On the way home now, lots of sea air always makes you tired. 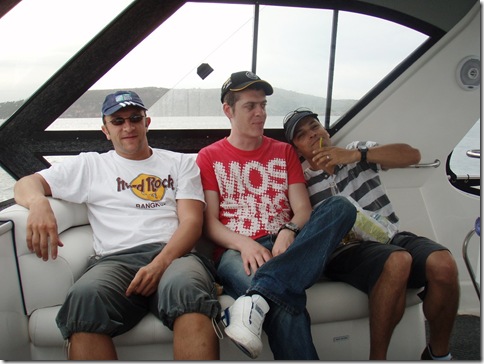 Lollies and chocolates kept us going 🙂 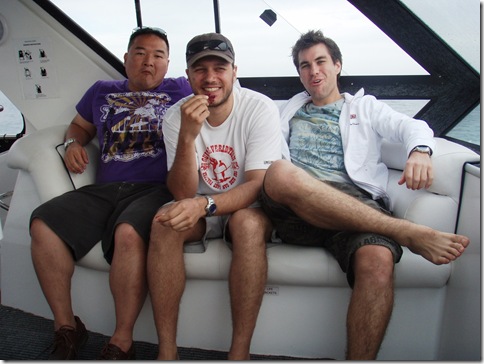 Thanks for all the boys coming on the afternoons trip I had a really good fun time and it was definitely a good way to celebrate a birthday with friends and we should do it all again some time, cheers.