Hi all, We just got back from a very very fast and rushed trip to Europe for 2 & half weeks, The main reason for the trip was to go to our good friends Mad & Loicâ€™s wedding in the south of France and to make a small business trip to Cornwall with mum & dad.

Here is where the iPhone tracked us as driving all over the UK and France: 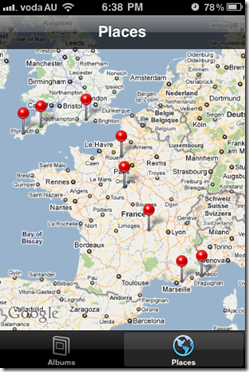 First stop after arriving in England was to go for a brisk walk in the cool Autumn air on the Trundle hill at Goodwood, Chichester which is local to where I grew up. 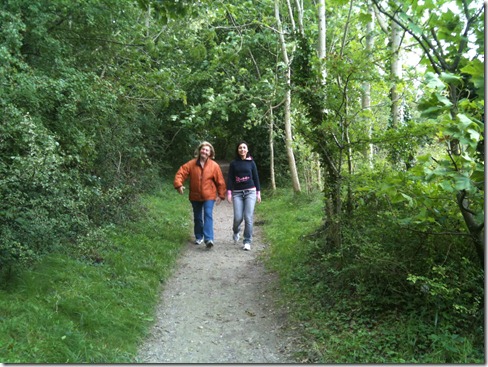 After a couple of days in the UK to get over the jetlag, we borrowed mums lovely new BMW 1 series car to drive to the South of France. This is arriving in France on the 4 hour Newhaven to Dieppe ferry. 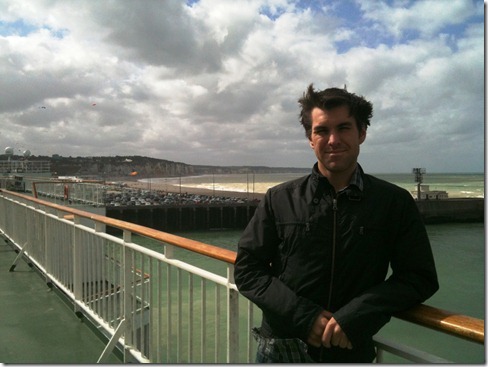 Then we drove for a few hours south in France, past Paris onto Orleans where our favourite French flatmate Damien lives. Well he now lives in Paris but his parents house where he grew up was in Orleans. He was very happy to see us and us to see him, still very good friends and we have a laugh. 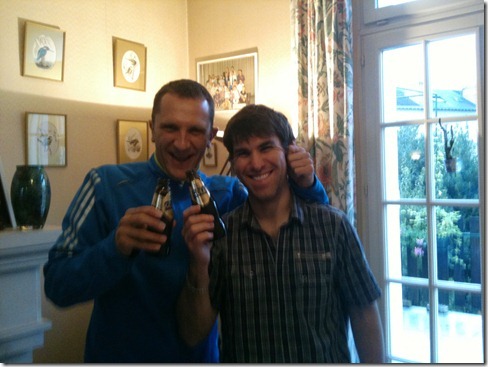 We went out to dinner that night at a French crepery and we had far too many beers, including I had one called Devils beer which was 12% alcohol in strength and was just too strong for beer! 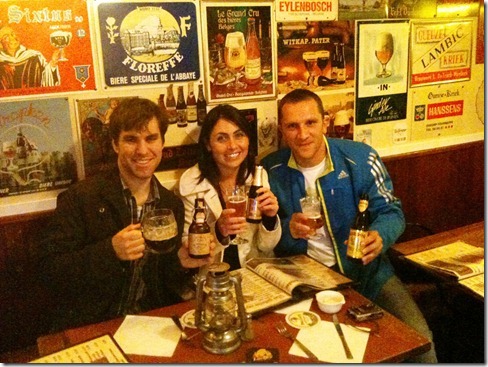 The following day with a bit of a hangover we had to drive 6 hours to the south of France to the region of the wedding. Here I am in a old French historic town trying to blend in as a local. 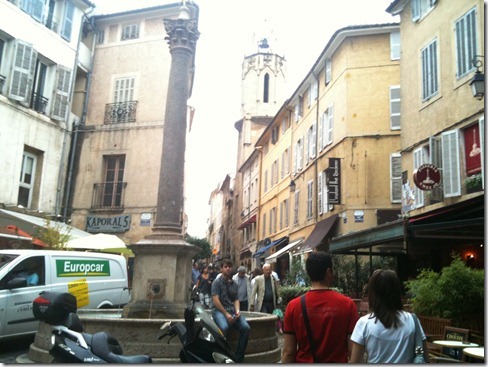 Here is what we came for, the wedding our our lovely friends Mad (Madeline a Aussie girl) & Loic (a frenchie who has lived in Australia for years). It was a small wedding ceremony in a village hall but a grand wedding reception at a French vineyard. Unfortunately I was a bit sick on the day of the wedding and I couldn’t enjoy all the beautiful wines that were made on site where the wedding reception was (I did enjoy a bottle the day after). 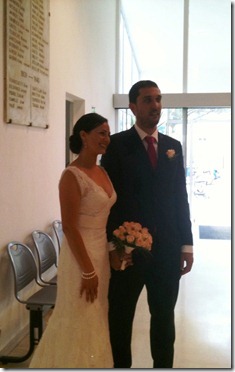 A beautiful guest at the wedding that could have been a bridesmaid she was so beautiful. 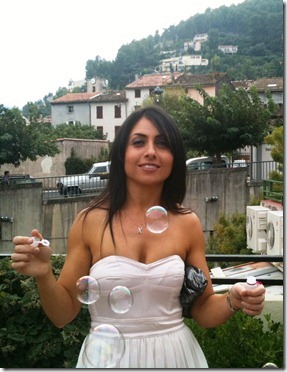 The day after the wedding was a more informal lunch where all the guests got together, ate more food and drank of course more wine from the same vineyard. Then they brought our the dessert and there was a very happy girl. 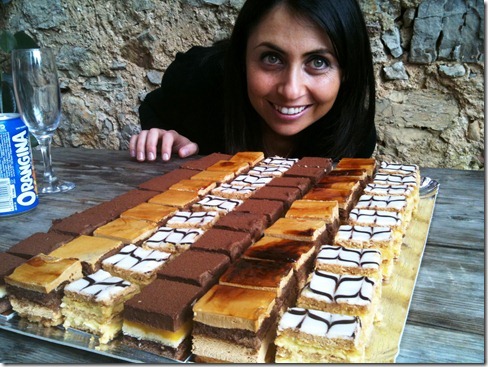 In Cannes I caught up with my old friend from Chichester Tim. Brought back memories for me when I spent a couple of weeks living and working on a big yacht in tropical Queensland Australia quite a few years ago. He is now the engineer on a huge and expensive (would be an understatement) motor cruiser.

He gave us a guided tour above and below decks. It was very extravagant in all areas with no expense spared, Gold here there and everywhere, the owner is the rich Arab business man who built and owns the famous indoor ski slope in Dubai and other hotels around the world. 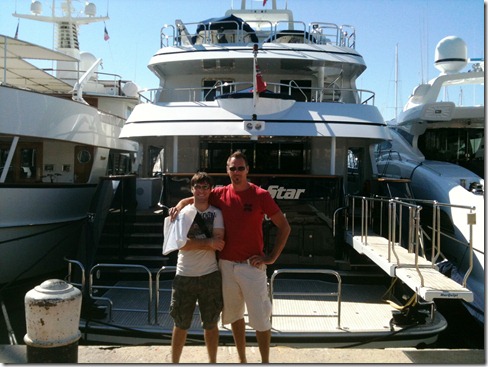 Tim showed us his new car, its called a â€˜Farareeâ€™ or something he said. 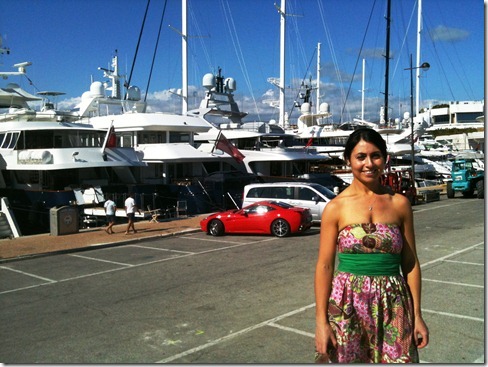 Some cocktails in Cannes with Tim. He showed us some nice bars and restaurants and showed us his new place he just bought there up on the hill overlooking the Marina just 5 minutes walk down to his boat. 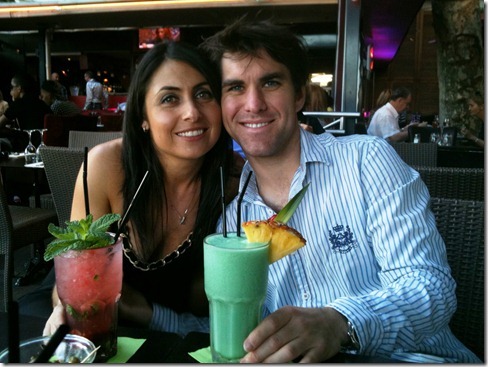 While we were staying in Cannes visiting Tim over a few days we made a day trip to Monaco which was just an hours drive away. Here is the famous Monte Carlo Casino in the centre of Monaco. We walked the entire length of the Monaco Formula 1 track apart from the tunnel section. We drove the tunnel section in mums BWM before we nearly ran out of petrol, its impossible to find petrol stations in Monaco, its just so dense with buildings. Oh we also broke a ticket machine in a car park and made 8 cars stack up in a queue, it was one of those days but we had fun. 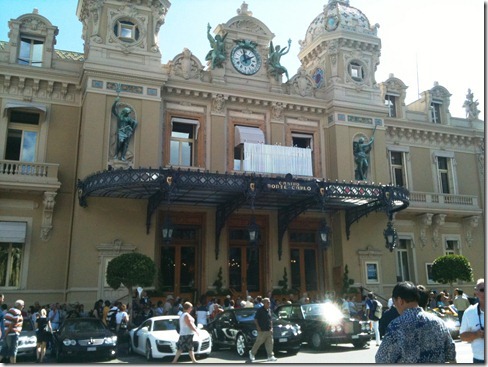 The view of Monaco from above, its one of the smallest countries in the world. 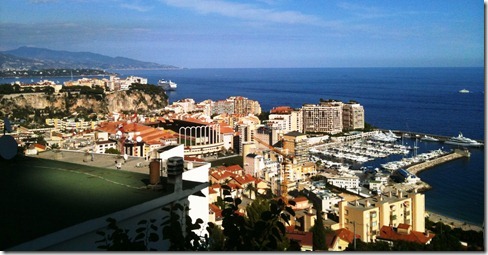 We left from our time in the south of France and drove for 8 hours north back to Orleans. 8 hours is just too long to drive in one day, next time we fly, its cheaper to fly because of all the French toll roads too. We met up with Damien again and he took us for a twilight tour of his city Orleans. 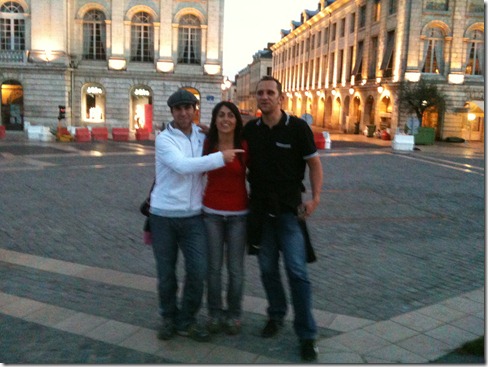 A lovely photo I took of the main river that passes though Orleans. I thought this came out really well considering it was taken on an iPhone I was pleasantly surprised. 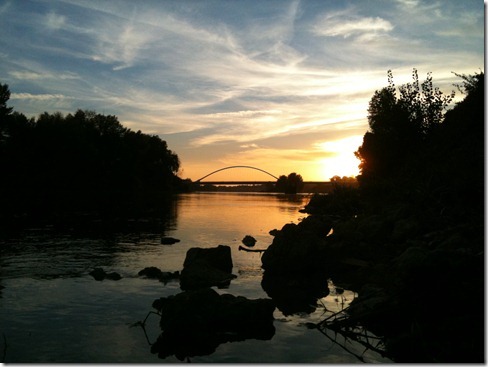 The French really know how to do toll roads, this toll booth had 38 toll booths!!

After too many hours to remember of driving, a ferry ride and some more driving, we were back in England, and it felt comfortable to be home. The following night all the family got together and went out to a pub for dinner. Left to right, Grandad Fos, Nanny B, Michael, Sanna, sister Nicki, Mum & Dad. 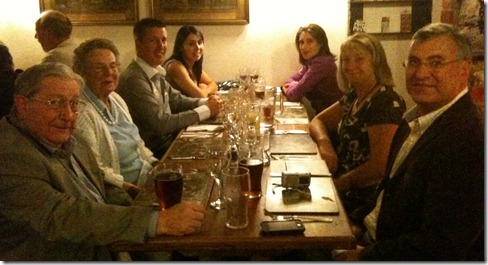 Next we had a 2 day business trip to Cornwall (regain of south west England) planned with mum & dad. We stopped in a beautiful old pub with a stream running through it in Devon Dartmoor, here’s dad getting some beers. In Cornwall the Cornish beer â€˜Tributeâ€™ was very good I found. 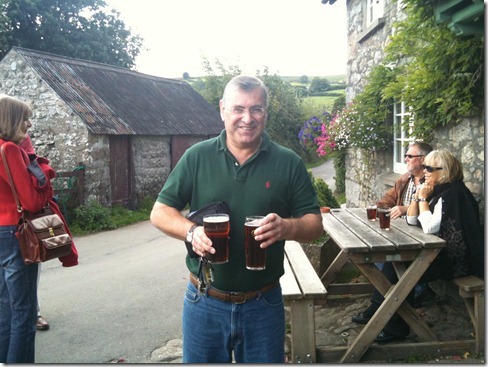 This is proper English pub food a English ploughman’s lunch, Ham, cheddar cheese, salad, some chutney to go with the cheese and ham and some fresh bread, it was bloody lovely. 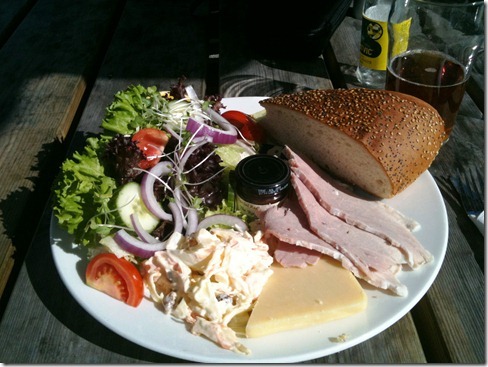 This cow was very funny, it got really angry with our car driving through its turf and wanted to head butt the car side on. 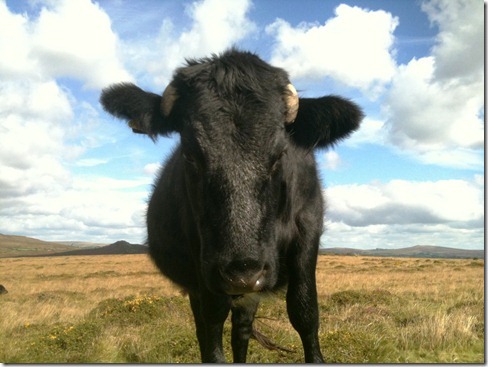 Beautiful Devon countryside in Dartmoor. Well this is a photo to finish the holiday. It was very rushed and we ended up driving some 3000kmâ€™s but itâ€™s always nice to visit Europe and see family. 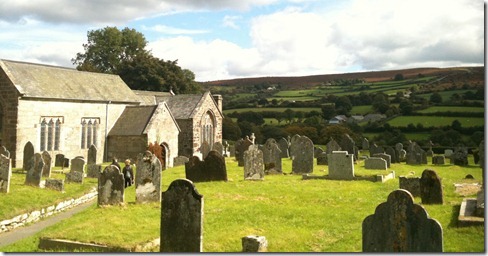 Back to Australia, back to jobs and, oh I have to do that supercar spin episodeâ€¦â€¦